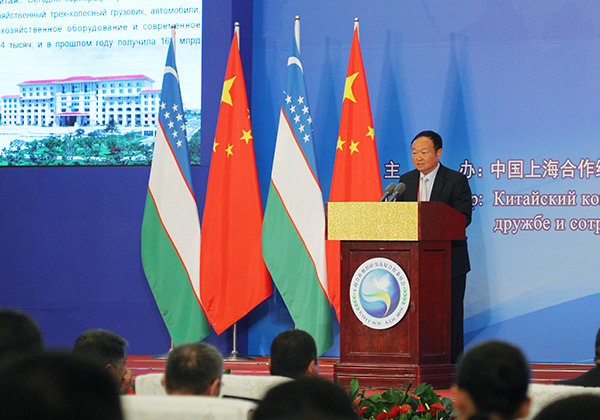 On June 15th, Weidong Jiang, chairman of Wuzheng, was invited to the third Sino-Middle Asia Cooperation Forum and to give speech on behalf of large-scaled companies.

Jiang said:" the Silk Road, whose eastern bridgehead, Rizhao, is the starting, transferring and sea gate, is the bridge to connect trading and civilization China and middle Asian countries, which provides convenience for go-global of Chinese companies."

As Jiang, Wuzheng’s exporting network has covered 40+ countries and states mainly in Africa, Middle East, south Latin, Southeast Asia, and middle Asia, achieving sales of 16.8 billion in 2014. When reviewed with the macro-strategy under such economic background as mentioned on the conference, Jiang was very positive and pleased to share that Wuzheng has built partnership with Turkmenistan, 3000+mechineries have been sold there. Middle-Asian Market through “The Belt and Road” Strategy.

Renoman 2104, honored as the product of the year on technology innovation in 2014