Feidie is an enterprising and prosperous automobile brand. From the first Aochi automobile, to the award of Chinese Truck of the Year. From the launch of the Dito automobile, to the achievement of an annual production and sales of 20,000 units. Feidie Automobile’s ambitious progression relies on innovation and ingenuity.

Chairman Jiang Weidong pointed out in his speech that 2019 is an important turning point for the industry. The country is experiencing a rural revitalization ushering in major changes. Private, small and micro business development support policies have been implemented, bringing rare opportunities for commercial development. 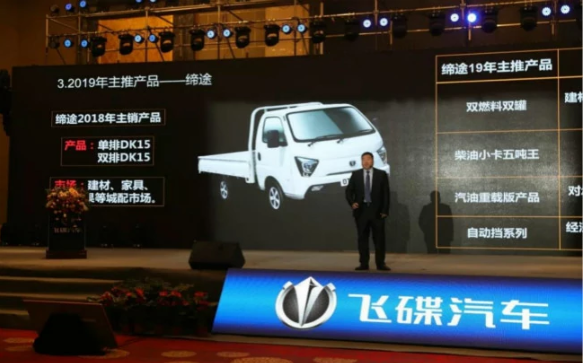 At the meeting, Feidie Automobile lauded dealers and service providers with outstanding sales performance and service levels in 2018. Sincerely cooperative and innovative suppliers of high quality products were rewarded.

3MX debut at the EIMA show